Hi, I’m David Moloney. I’m the creator of Maphover. Maphover is the first interactive printed world map. It combines the beauty of a printed map with the functionality of your smart phone – to give you up to the minute information about each country.

To see more information and to watch how it works, view Maphover’s interactive world map. 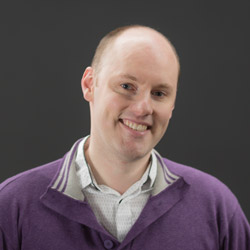 I’m a father, a small business advisor and a scooter rider. I’m very proud of the whole Maphover team – from cartographers and graphic designers to website coders and print specialists. My interest in geography and maps bloomed after an embarrassing post on Facebook.

This is a story about a sad Facebook post and a happy taxi ride. They are joined by a map.

In 2014 I sucked at Geography. I really sucked. I didn’t know Sri Lanka was an Island off India, or that Kuwait was a separate country – I thought it was a part of Iran. I probably also thought the United Arab Emirates was a UN-collection of Middle Eastern countries.

This was horribly made public, when I took a Facebook geography quiz and scored well below all my friends. It was embarrassing. So I did something about it.

I looked at an online world map, took a few more geography quizzes. As my score got better, I felt better.

But it felt like an empty form of learning. Sure I was becoming great at picking out Norway vs Sweden (hint: Norway starts with N, like ‘North’ and Sweden has a ‘S’ for south – so Norway is above Sweden) but I wasn’t learning about each country beyond map borders.

It was time to give the traditional world map a makeover with 21st century technology. After conducting research, I found that no one was producing world maps that were supported by real time country information.

I wanted one. And I was going to build it.

So I put together a crack team of designers and coders from Australia, Belarus, the Philippines and Ukraine. 6 months later my first test print was stuck together with sticky tape. Vigorous scrutiny ensured. I ended up scrapping the Mercator map projection and moved to its cousin the Gall stereographic projection (it shows more land). I even incorrectly noted the disputed Western Sahara border (apologies Morocco). Further testing and prints testing refined the map into what it is today.

The interactive bit was harder. I purchased many tools promising map interactivity and data. Some were great at one thing, but not another – and vice versa. At one stage my developers laptop was stolen. That sucked. But we all got back on board and pushed onward to the technology launch. I celebrated with a nice bottle of red wine.

During the testing phase I jumped into an airport taxi. Making small talk with the taxi driver, I asked where he was from. He challenged me to guess. As he looked African, I tossed out ‘Kenya’. He replied ‘A bit further north’. Knowing the countries in Africa I knew Somalia was further north, So I guessed Somalia – and he was impressed.

But I was even more impressed.

I had passed a real life geography test. One that earned me respect and made me feel like a well showered relaxed businessman.

Maphover isn’t a cure for faulty heart valves or lowering cholesterol – but it’s helped me become a more informed citizen.

Now when reading and discussing world news, I can instantly place the countries discussed. This makes it far easier to understand how world events have flow on effects to surrounding countries. For instance, Tunisia sounds a World away from Europe, but it’s only 250km from Italy – across the Mediterranean sea.

The painstaking research involved in creating this world map has opened my eyes into the wonderfully diverse and precious world we live in.

“Perhaps travel cannot prevent bigotry, but by demonstrating that all peoples cry, laugh, eat, worry, and die, it can introduce the idea that if we try and understand each other, we may even become friends.” 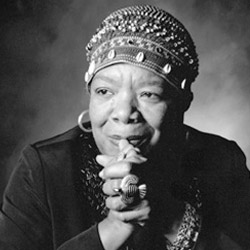